“As the SIG SAUER brand continues to expand its market share across the firearms industry, the foundation for our future growth remains tied to the company’s mission of designing, manufacturing and bringing to market world-class products that surpass the needs of our diverse customer base,” said Tom Taylor, Chief Marketing Officer & Executive Vice President, Commercial Sales. “By focusing on existing expertise, hiring the foremost industry experts in all product categories and through continued capital investments, we have been able to take direct control over new product development that has allowed us to set new industry standards in quality, innovation, reliability and performance. We are excited by all of the possibilities that await us in 2017 as we look forward to another successful year of delivering new and innovative products that continue to define the SIG SAUER brand.” 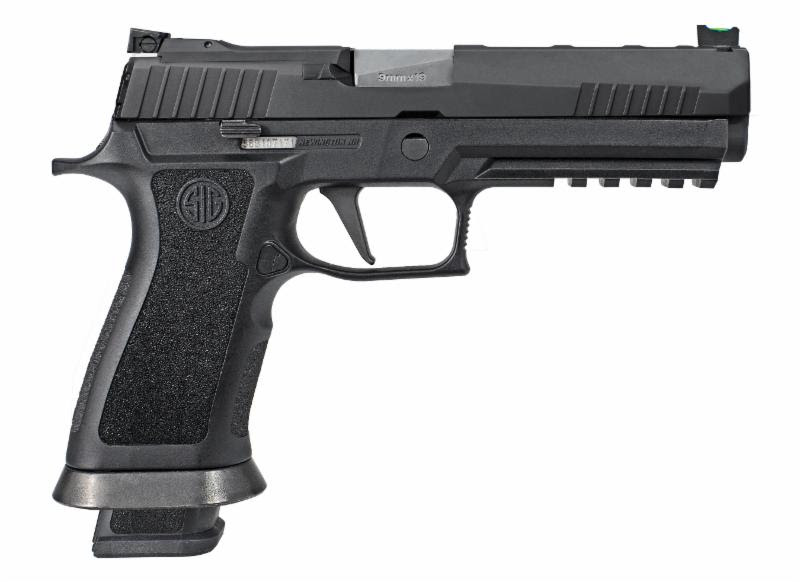 Also new to the P320 is the X-Series. The X-Series maintains the P320’s unique, modular design but is enhanced with an X grip module featuring an extended beavertail, 4-sided beveled magazine well and a crisp trigger guard undercut. Additional upgrades include an enhanced flat trigger, improved slide serrations and three lightening cuts atop the slide. The first X-Series model to launch is the new P320 XFive. Chambered in 9mm and .40 S&W, the pistol comes standard with a 5-inch bull barrel, extended slide catch lever, Dawson adjustable rear sight plate and a fiber optic front sight. The P320 XFive is fully compatible with the ROMEO1 optic.

In the SIG rifle category, new for 2017 is the SIG M400 V-TAC® built in collaboration with retired U.S. Army Sgt. Maj. Kyle Lamb. It’s adorned with Viking Tactics components, chambered in 5.56 NATO and features a 16-inch barrel with Taper-Lok® flash hider and an aluminum free-float V-TAC handguard. The SIG M400 V-TAC® has a laser engraved V-TAC logo located on the lower receiver. Included with the rifle is an adjustable V-TAC sling and rifle bag.

SIG SAUER isn’t stopping there. The Complete Systems Provider is expanding the Legion line to include the P220® Legion and P220 Legion SAO in .45 Auto. There are multiple new entries to their popular MCX®, M400® and SIG716® rifle families. As well, the MPX SBR in 9mm will be introduced with an 8-inch barrel and A2 compensator, available in black or flat dark earth finish. 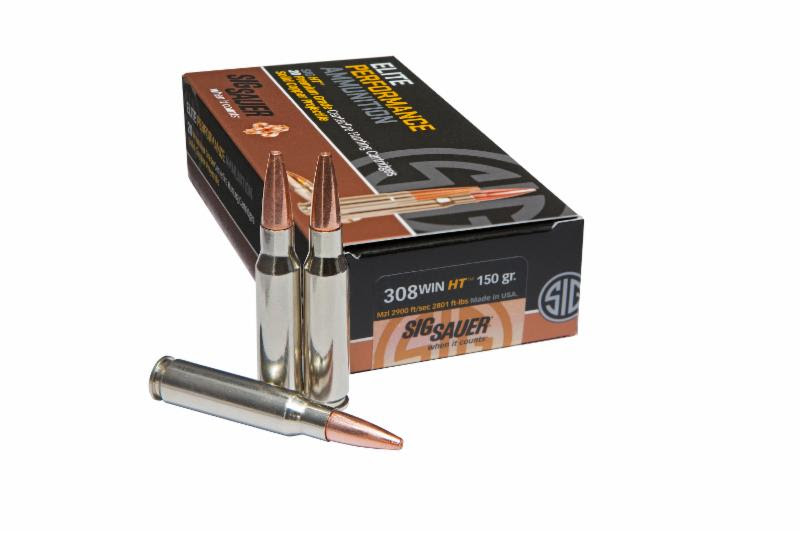 SIG SAUER continues to expand its award-winning Elite Performance Ammunition line in 2017. New hunting ammunition will include SIG HT™ in .223 Rem and .308 Win that features an all-copper bullet that delivers deep penetration and maximum terminal performance. A new subsonic 220-grain .300 Blk V-Crown™ hunting round, engineered to reliably feed 30 rounds through a 30-round magazine, will soon be available. SIG Varmint & Predator (VP) cartridges debut with .223 Rem, .22-.250 and .243 Win offerings. In addition, the SIG FMJ line adds 124- and 147-grain bullet weights in 9mm. 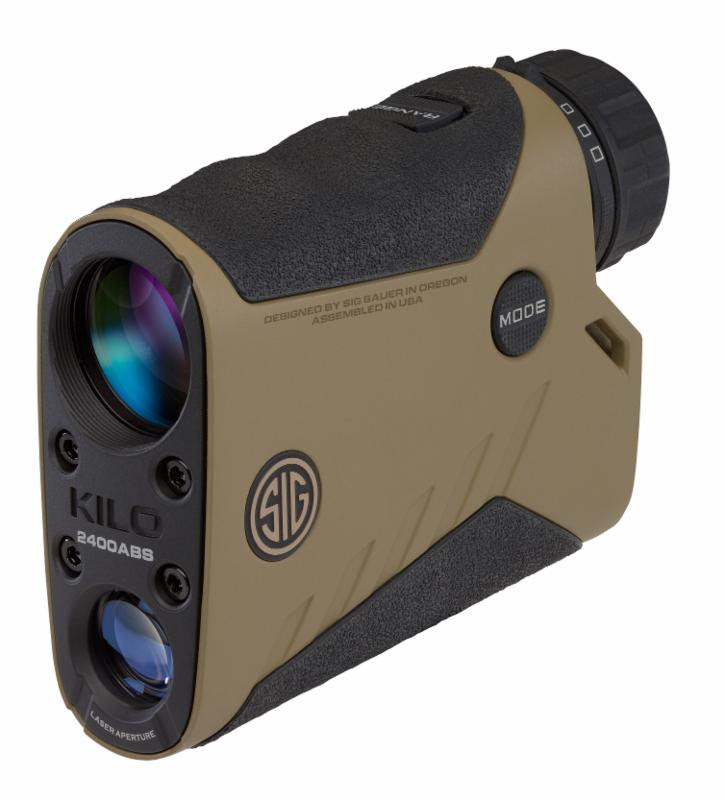 In the Electro-Optics division, new introductions within the tactical and hunting riflescopes, red-dot sights, digital rangefinders, lights and lasers categories are scheduled for release throughout the year. Led by the expansion of the WHISKEY5™ riflescope, the latest hunting models now incorporate anti-cant LevelPlex™ technology and TH100 lockable turrets. The WHISKEY5 is available in four different reticle configurations with a new matte black finish. Other new additions to the division include the new KILO2400ABS™digital laser rangefinder. Simple to use and extremely functional, the KILO2400ABS features patented LightWave™ DSP technology for fast, accurate readings. Capable of ranging up to 2 miles, the new laser rangefinder has an embedded Applied Ballistics Calculator and Bluetooth for customized synchronizing with a free Applied Ballistics App for both iOS and Android platforms.

During the show, SIG SAUER will also introduce the new SRD22X to its award-winning line of suppressors. Engineered to lead the market in terms of reduced weight and noise reduction, the SRD22X brings leading performance in a small, one-inch diameter package. Built to accommodate a wide range of ammunition choices and to be easily disassembled for maintenance, the SRD22X can be used with .22 LR pistols or rifles, as well as rifles chambered in .17 HMR/17 M2 and .22 Win Mag.

Rounding out SIG SAUER’s new products is an addition to the Advanced Sport Pellet (ASP) airgun line. The P320 CO2-powered ASP is the first air pistol in the world to feature a 30-round rotary magazine. Designed to look and feel like the highly-acclaimed SIG P320 centerfire pistol, this 177-caliber airgun features a similar overall weight and trigger pull, providing consumers with a viable training tool for easily honing their shooting skills at greatly reduced costs.

SIG SAUER, Inc. is The Complete Systems Provider™, leading the industry in American innovation, ingenuity, and manufacturing. SIG SAUER® brings a dedication to superior quality, ultimate reliability, and unmatched performance that has made it the brand of choice among responsible citizens, and many of the world’s most elite military, government, and law enforcement units. SIG SAUER offers a full array of products and services to meet any mission parameter, including handguns, rifles, ammunition, optics, suppressors, ASP (Advanced Sport Pellet) airguns and training. The largest member of a worldwide business group of firearms manufacturers that includes SIG SAUER GmbH & Co. KG in Germany and Swiss Arms AG in Switzerland, SIG SAUER is an ISO 9001: 2008 certified company with more than 1,400 employees. For more information on SIG SAUER, any of its products, or the SIG SAUER AcademySM log on to www.sigsauer.com.