If it's illegal, is self defense wrong? A news story I read made me start thinking about people who carry self defense tools without a permit. According to the news report, Flair Lamont Griggs, a seventeen-year-old from York, Pennsylvania, was often at odds with fellow youth Joseph Gomez, Jr.. Their animosity toward each other was strong enough that Griggs decided to carry a … END_OF_DOCUMENT_TOKEN_TO_BE_REPLACED 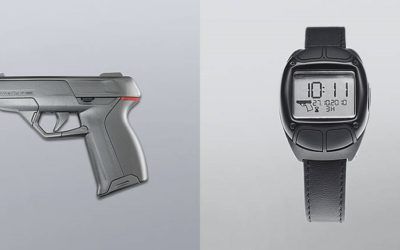 Legislators across the country are  proposing bills requiring all new pistols would be sold with identifying technology, rendering the firearms inoperable for anyone but the legal purchaser. Along with this motion, all extant handguns, with the exception of military and a few antique firearms, would need to be retrofitted with this technology within three years. As with the … END_OF_DOCUMENT_TOKEN_TO_BE_REPLACED How will you know when it's the right time to use your concealed carry gun? As regular readers on The Arms Guide are familiar, I read a good deal of news, namely reports that relate to self defense and concealed carry. As a concealed carrier myself, I'm always interested in learning how other CCWers who have been confronted with self defense situations have responded, and … END_OF_DOCUMENT_TOKEN_TO_BE_REPLACED If you've been paying attention to violent crimes in the past year or so, many have occurred in "Gun Free Zones." If you're headed to a location where firearms are prohibited, how can you be prepared to defend yourself in the event of an assault or an active-shooter situation? The Arms Guide has a few suggestions to consider. Disclaimer: TheArmsGuide.com is not a source of … END_OF_DOCUMENT_TOKEN_TO_BE_REPLACED The US Attorney General, Eric Holder, has announced the direction he wants to take the DOJ with regard to "gun safety," but the wheels are already in motion to legally mandate "smart gun" technology. At the end of February—2/27/14—Congress proposed Bill S. 2068, called the "Handgun Trigger Safety Act of 2014." The spirit of the bill is laid out in Section 2: Findings. Summed … END_OF_DOCUMENT_TOKEN_TO_BE_REPLACED