Sometimes it is difficult for me to make up my mind for what accessory I want on my AR-15 over another. However, making the decision on what ambidextrous bolt release lever I wanted to use on my AR-15 (and any future builds) was an easy one. Allow me to introduce the Tactical Link Enhanced Battery Assist Lever (EBAL, or as I like to say it; the 'e-ball'). So, why was making … END_OF_DOCUMENT_TOKEN_TO_BE_REPLACED Feature Photo Courtesy :www.thefirearmblog.com The Nuremberg, Germany based HERA Arms has made a gigantic splash into the pool of AR-15 accessory manufacturers with the release of the new Hera Arms CQR Stock & Grip set. Just when we thought the AR-15 market was completely flat and saturated HERA Arms sets Instagram and the internet on fire with just a few sample pictures … END_OF_DOCUMENT_TOKEN_TO_BE_REPLACED

I've had bad experiences with cheap LED flashlights before. They're plenty bright out of the box, but seldom last more than a year and almost invariably die right as the house's power goes out. The last thing I wanted to do was slap a cheap bargain-brand LED light on a gun that I might need to rely on to protect myself and my family. That said, I also didn't have hundreds of … END_OF_DOCUMENT_TOKEN_TO_BE_REPLACED 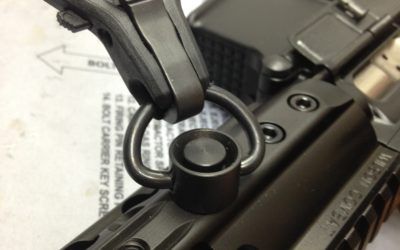 Knowing exactly what accessory I needed for my AR-15, but then not being able to find it anywhere, was one of the most frustrating situations I have faced during my building process. In fact, I was starting to think that no one actually made what I wanted. It wasn't until I dove deep into some forum searches that I found exactly what I was looking for from Damage … END_OF_DOCUMENT_TOKEN_TO_BE_REPLACED 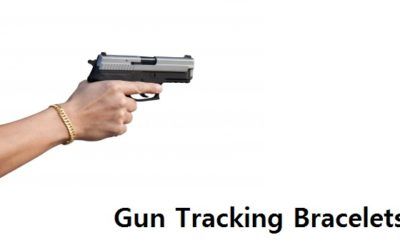 So-called "smart guns" are already beginning to be used in states, such as California. In a recent report about a subcommittee meeting earlier this month, Attorney General Eric Holder announced that the Department of Justice will be exploring gun tracking bracelet technologies. Similar to the RFID watch that works with the Armatix iP1 pistol, Holder shared the idea he'd like … END_OF_DOCUMENT_TOKEN_TO_BE_REPLACED