The Bureau of Alcohol, Tobacco, Firearms, and Explosives (ATF) might as well be called the Bureau of Constitution-burning. They have their eye on 2A rights like a laser sight; they spend their time tracking down and regulating gun ownership as much as possible.

Despite patriots managing to do away with the disastrous nomination of David Chipman to head the ATF, they’re far from done with their liberty-hating ways.

Most recently, we found out through an official congressional report the ATF has around one billion records on guns and gun owners in America. Why, exactly? It’s natural curious people would want to know what exactly these records are and why the ATF has them.

Also, what gives them the right to do so? However, it turns out that noting the ATF has a huge amount of records on guns and gun owners is “misleading.” That’s according to our Big Tech friends at Facebook. 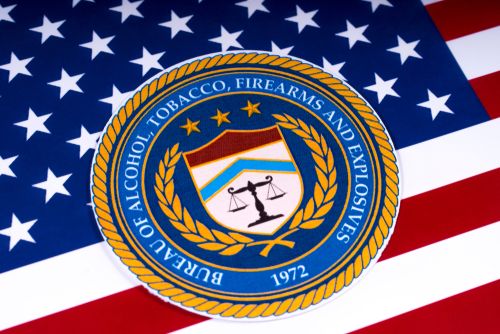 Fake News and Big Tech: a Match Made in Communist Heaven

Big Tech has worked relentlessly to censor and slander patriots.

It revved into high gear under President Trump and continued its dirty work as we approached the 2020 election. On the rare occasions when real news outlets moved to publish important news, Big Tech immediately censored and insulted them.

A perfect example is the New York Post being censored by Twitter for trying to publish the disturbing revelations on Hunter Biden’s laptops. Twitter said they couldn’t be shared, as they were from “hacked” material.

Recently, we saw the hacked material from the GiveSendGo crowdfunding hack on Canadian freedom truckers was gladly shared all over Twitter with no consequences.

The point is this: social media and Big Tech work with the fake news to spread misinformation and make sure people stay in the dark. Nowhere is that more true than on gun rights.

Now, we have found out USA Today’s “fact check” (read: progressive check) system and Facebook put warnings on and labeled stories about the ATF gun registry as “misleading.”

The warning links to an article which claims to debunk the ATF’s billion records, but actually just avoids the subject.

The trend of fact-checkers came up as a way to supposedly debunk the lies of President Trump.

All they ended up doing was making themselves look like the petty Stasi puppets they really are. The fact-checkers on the ATF link go on and on about how many records the ATF has.

The problem is the fact-checkers directly and provably lie about it, in contradiction of ATF testimony. The ATF has a searchable records holding of one billion firearm owners that says who owns guns. That’s a fact.

The fact-checkers try to calm everyone down and say there’s no gun registry or plan to track gun owners, but there already provably is. Facebook and USA Today just want to keep you in the dark and buying their lies.

The ATF admitted to Congress that it’s keeping nearly 1 BILLION records on gun owners, but their Facebook post that warns the public about the ATF’s illegal federal registry is getting CENSORED by this dubious disclaimer: pic.twitter.com/ztDUMax72X