In August of last year, teenager Kyle Rittenhouse killed two people and injured a third during a confrontation in Kenosha, Wisconsin.

It came in the middle of violent protests, following the police shooting of black criminal and domestic abuser Jacob Blake.

The wider situation was the BLM and Antifa riots burning down America, following the death of George Floyd.

The liberal media cheered it on, encouraging the “mostly peaceful” protests to continue and grow. Many liberal politicians like Washington State Governor Jay Inslee and Utah Senator Mitt Romney took part in BLM rallies to show their support.

COVID restrictions didn’t matter to them; they just wanted a piece of that social justice pie.

When Rittenhouse went to Kenosha from his home in nearby Illinois, he did so to maintain law and order.

He toted along his Smith & Wesson semi-automatic rifle and spent the day cleaning graffiti and talking to fellow patriots.

Then, that night, everything went to hell. 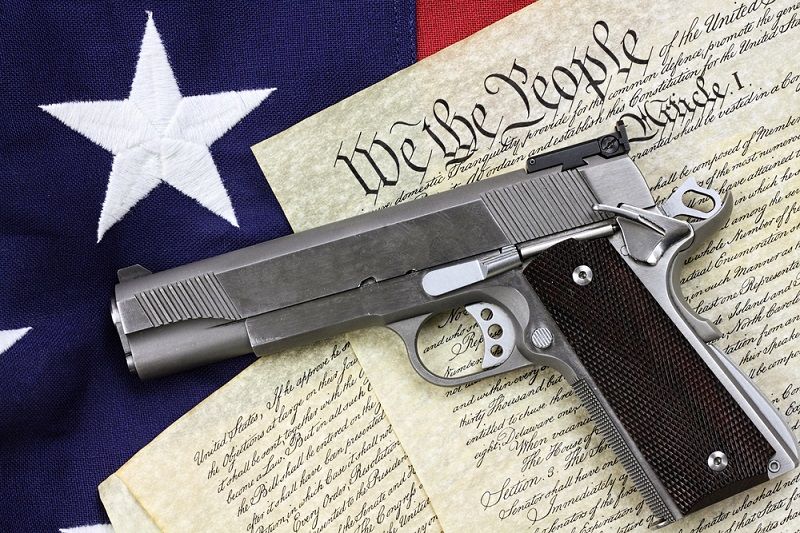 What Happened to Rittenhouse and Why It Matters for Gun Owners

Rittenhouse was threatened with death by mental hospital outpatient and child molester Joseph Rosenbaum. Rosenbaum said he’d “kill” Rittenhouse and another conservative if he found either of them alone later.

Upon seeing him later, Rosenbaum chased Rittenhouse, trying to grab his rifle. Rittenhouse shot him dead in self-defense.

Then, domestic abuser and fellow violent communist Anthony Huber came after Rittenhouse with a mob following and also got put down.

The violent mob advanced with Gaige Grosskreutz, trying to splatter Rittenhouse’s head on the pavement. For his trouble, he lost his arm, thanks to the rifle’s well-placed, non-fatal shot.

Now, Rittenhouse has been subjected to a brutal two week trial, full of prosecutorial incompetence, malice, and hiding of evidence. Leftists shout threats outside as the jury deliberates.

It’s not a good day for American justice. This is a scary time for gun owners, because the right to self-defense is under attack.

As Ann Coulter said, the left basically wants conservatives to get murdered to prove they’re not racist.

Never mind all those who Rittenhouse interacted with violently were white. The media must uphold its absurd narrative.

Pray for Kyle Rittenhouse and that decency prevails. Self defense is a human right.

The Dark Lessons of the Rittenhouse Trial

The Rittenhouse trial is being magnified because it is, in many ways, a psyop. What I mean by that is this trial is so important to the liberal media because it’s a way of scaring conservatives and gun owners to go home and shut up.

The globalist media and their allies in the White House want to let the streets be overrun by illegals, thugs, and criminals. They need this so they can then establish their iron grip on power and take all guns.

They don’t want independents, libertarians, and conservatives who still care about America and the right of self-defense to stand up.

They want them scared and staying in their home, isolated from society. The globalist media wants people too worried about something happening to go stand up to the Maoist domestic terrorists.

These are terrorists toppling statues and burning our cities to pave the way for the new globalist regime. We can’t let them get away with it. Stand your ground.

MSNBC obstructing justice by trying to make the Rittenhouse jurors know that the media is watching them and trying to discover their identity, as a little warning that they had better deliver the right verdict: https://t.co/1ObEatecFL