Inland Manufacturing, LLC is proud to introduce the US Army 1st Infantry Division 100th Anniversary Commemorative models of two iconic firearms, the Inland M1 Carbine and the 1911A1 pistol.

The 1st Infantry Division leadership wanted to recognize this historic anniversary with special commemorative firearms, and reached out to Inland Manufacturing for assistance in creating two models that would have historical significance for the centennial event. 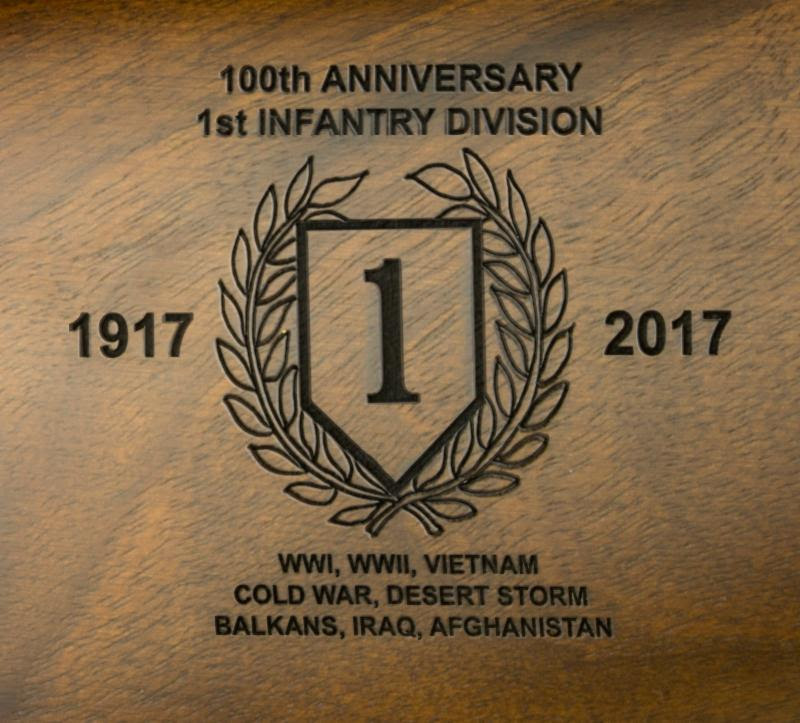 The first model chosen was the 1944 version of the iconic M1 Carbine. The new Inland M1 carbines feature many of the same characteristics of the original Inland carbines and are manufactured in the USA! The 1944 version of the M1 carbine features a type 2 barrel band, adjustable rear sights, push button safety, round bolt, and “low wood” walnut stock. The stock is hand rubbed with oil, and is embellished with engraving of the 1st Infantry Division’s shoulder patch, accomplishments, and of course recognition of the 100th year anniversary. This 100th anniversary model carbine retails for $1179.* and is shipped with a ten-round magazine. 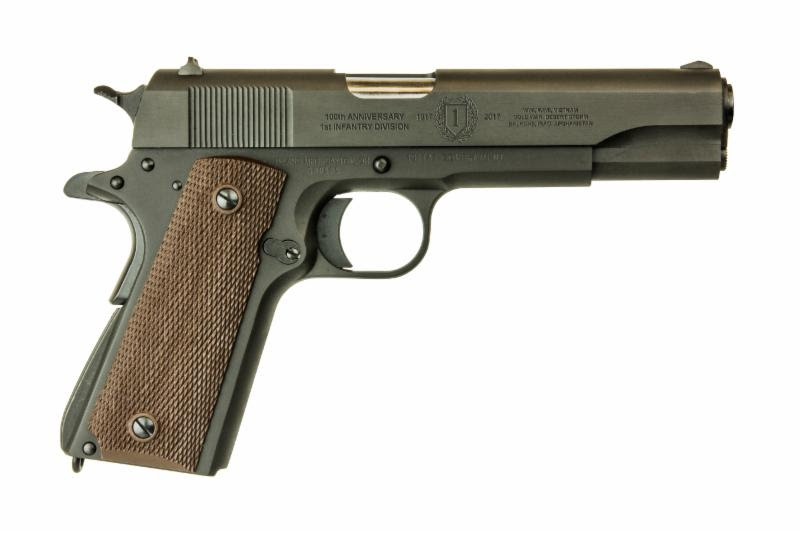 The second model chosen was the Inland 1911A1 Government Model pistol, chambered in .45 ACP. The 1911A1 is patterned after the original 1911 that was designed over 100 years ago, modified in 1924 and then designated the Model 1911A1. The 1911A1 found service with members of the 1st Infantry Division longer than any other firearm in the division’s history

MKS Supply is the exclusive distributor of Inland Products in the United States, with the exception of these commemorative firearms. To purchase these commemorative firearms please contact Inland Manufacturing, www.inland-mfg.com/1st_id.html
*Special Pricing Note: The Inland Manufacturing 1st Infantry Division Anniversary models are available for purchase, at special discounted rates for active duty and retired veterans, along with other special offers from the Society of the 1st Infantry Division at www.inland-mfg.com/1st_id.html