Let’s talk about the Steiner GS3 2x-10×42. It’s the scope I’ve been testing for months now on a DMR set-up I introduced to you here. It boasts some seriously cool features like Color Adjusted Transmission and a rugged 30mm single piece tube, but before we get into those details, let’s get a few points of clarity out of the way. 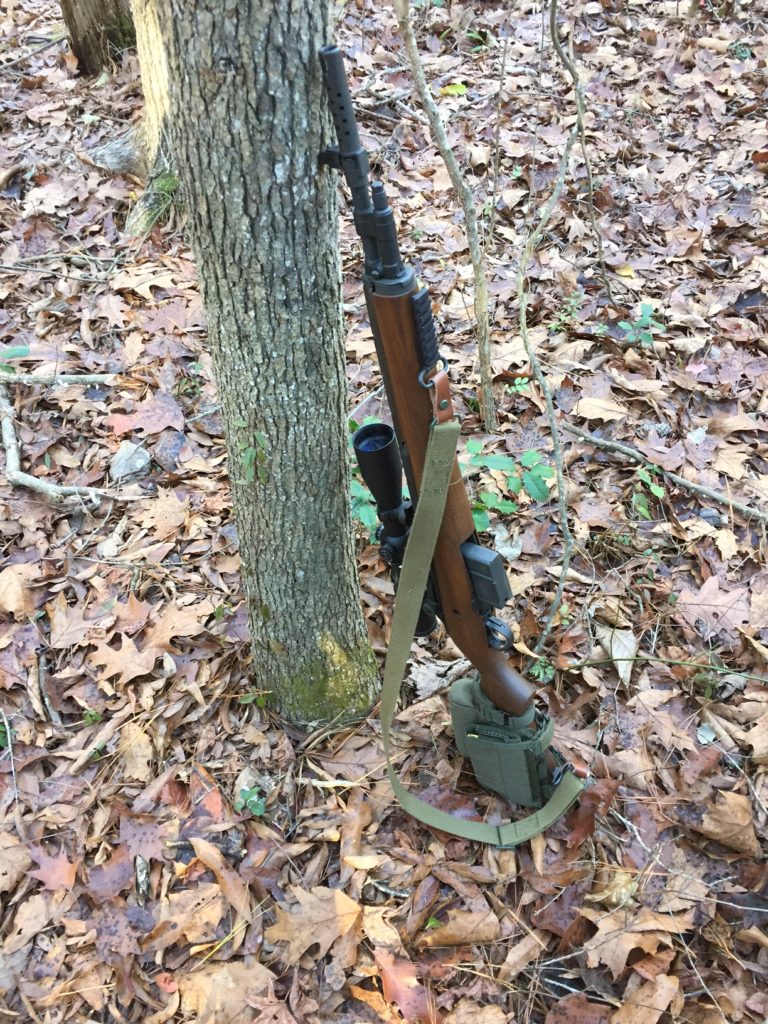 It’s funny how often the hunting world collides with the tactical world. You’d think our interests were in less harmony than they actually are. This doesn’t seem to happen as much with hard-application users as it does with enthusiasts.

Somebody wants to set up a “sniper rifle” and the gun store salesperson starts showing the shopper a gun that is perceived (by them) to be a hunting rifle— the buyer is uninterested.

A hunter comes in and asks for something to go Elk hunting out West with, and the salesperson happens to point out a nice scope on sale that looks a bit tactical, so the hunter turns up his nose. Say what you want

Granted, if your’e going for a certain look, that’s fine, but many of these same men pride themselves in their function-over-form philosophy. They remind me of guys that go into Sport Clips, call it a “Barber Shop” and when the lady asks how they want their hair cut, they say something like: “just shorter” only to come home to complain to their significant other.

Don’t be that guy.

If you want a tactical-looking rifle that actually works, but it’s important that it all looks the part too, just say so. Say, “when I pull this gun out of the rifle bag, I want my buddies to say, ‘wow, that looks sick, Man!'”

However, if you really do want as much performance as possible (for a specific purpose), stick to that.

Both are valid— it’s your money.

As I say to my kids— pick and stick. You’ll find that most hunters who spend a ton of time hunting have a style preference, but ultimately, they are concerned that the item in question works as well as it possibly can for their intended purpose(s).

Even more so, those who put their lives on the line in hard-use tactical scenarios normally just care that the item in question works as well as it possibly can.

These tacticians care that their kit will keep working and that they will be able to carry it where they’re going.

They want to have everything they need when they need it functioning as it should. Now I’m neither what I’d consider a serious hunter or a serious warrior.

When hunting, I take hunting seriously, and when/if called upon to defend myself or those I love, I take that seriously too.

Yes, yes, I know just because you want the gear doesn’t make you less self-aware. You understand that the gear that’s been used in military operations has been some of the most rigorously tested gear available to date. It’s proven to be good to go.

You want the best and so do I.

Still I maintain, just because it’s got a deer on the box doesn’t mean it should be excluded from sniper rifle duty consideration.

Now that those points of clarity have been discussed, let’s circle back to the Steiner GS3.

Don’t worry, there’s no deer on the box.

As I mentioned in my first DMR article, I’ve mounted this new Steiner scope on a mount from Bassett Machine. Bren Bassett, the oldest daughter of Bill Bassett, who now runs Bassett Machine, told me this about her father:

Dad started teaching me how to make his mounts around 2007. He taught me what is good about them and what can go wrong with them. He was just beginning to teach me about scope rings and the scopes themselves when he passed away in 2014.

He designed our mount back in the 1970s when he couldn’t find a mount that wouldn’t shake loose. He modified it over the years, and we now have two models, our original Standard Mount and a Picatinny Rail Mount. Both mounts have two versions: a high and a low. The high versions allow you to use your iron sights underneath the mount, while the low version is so low you can’t.

In my view, stories like the Bassett’s are not only what make our industry great, but more importantly, they’re what make our country great!

I was really glad when Bassett’s mount worked well because these are really great people. It turns out that great people make great products.

Seated on the Bassett mount is a newer optic offering from Steiner.

Steiner’s GS3 is clearly being marketed to the hunting community, and it is great for that. The objective seems to capture light and store it up for dusk. (It doesn’t, but it really does provide great brightness in low light conditions.)

We can talk about features some more in a second, but for now hopefully you can see why I chose it as a DMR scope candidate. No, it’s not illuminated and it’s not super tactical looking, but it’s really good glass that’s been designed, machined, and assembled right here in the good ol’ USA. The GS3’s CAT (Color Adjusted Transmission) lens coating is supposed to provide a sharpness that makes moving objects stand out against busy backgrounds. Think white tail deer in the brush of the Appalachian mountains. There are lots of good scope coatings on the market, and this coating is among them— it performs nicely. Now, tell me that feature wouldn’t prove helpful in a tactical application?

Though I have the simple 4A reticle, the scope is offered with a S1 reticle as well. For a pure DMR (Designated Marksman Rifle) set up, I think I would select the S1 reticle, though I like the S7 reticle offered in the 4-20 variant a bit better. Steiner offers a great “Heritage Warranty” because they think their products will outlive you to be passed down to your kids. I’ve already called customer service. I misplaced the adjustment knob caps. I called Steiner— planning to buy a new set and they just asked for my address. Two days later they were in my mailbox. That’s great customer service.

You may say, “yeah, but you’re writing gun reviews; of course they are going to try to keep you happy.” However, that dog doesn’t hunt! Yes, I could have called the marketing department at Steiner and asked for some help… but I didn’t. I called the customer service line and voila!

Before you go thinking that happens throughout the gun industry, I made another call that very same day to another manufacturer to get a small nut. I waited on hold until the call timed out and put me through to voicemail. I left a voicemail and still haven’t heard back from them. My experience with Steiner is remarkable for 2017 in any industry.

In conclusion, I would choose this scope again. That’s not to say I won’t consider and test other options, but I’m convinced that this is a viable one.

Yes, I’m aware that it’s not first focal plane, I realize it isn’t illuminated, and I failed to run over it with a tank in this review.

Still the GS3 2-10×42 is a great do-everything setup that will hunt well and (I think) perform more than adequately if pressed into action as well. I think I’d leave it alone other than to add an adjustment throw lever. However, if Steiner or an aftermarket provider decided to make adjustable turrets, I bet they’d sell like hot cakes (hint hint).

If you’re in the market for a mid range scope or putting together a DMR setup like me, give this option a look. Don’t let your bias restrict your options. Hunters and tacticians are all shooters who need good gear (made by the same manufactures) to work. The GS3 just works!