The Army announced the XM17 Modular Handgun System (MHS) pistol program back in 2011. The trials have delayed selection but Sig Sauer recently won the contract. Sig beat out Smith & Wesson, Beretta, FN, and Glock to do so.

The SIG SAUER Model P320 will replace the M9 service pistol currently in use since the mid-1980’s. Released in 2014, the P320 is a polymer striker-fired pistol that has proven itself in both the United States and worldwide markets. The P320 is the first modular pistol with interchangeable grip modules that can also be adjusted in frame size and caliber by the operator. All pistols will be produced at the SIG SAUER facilities in New Hampshire. 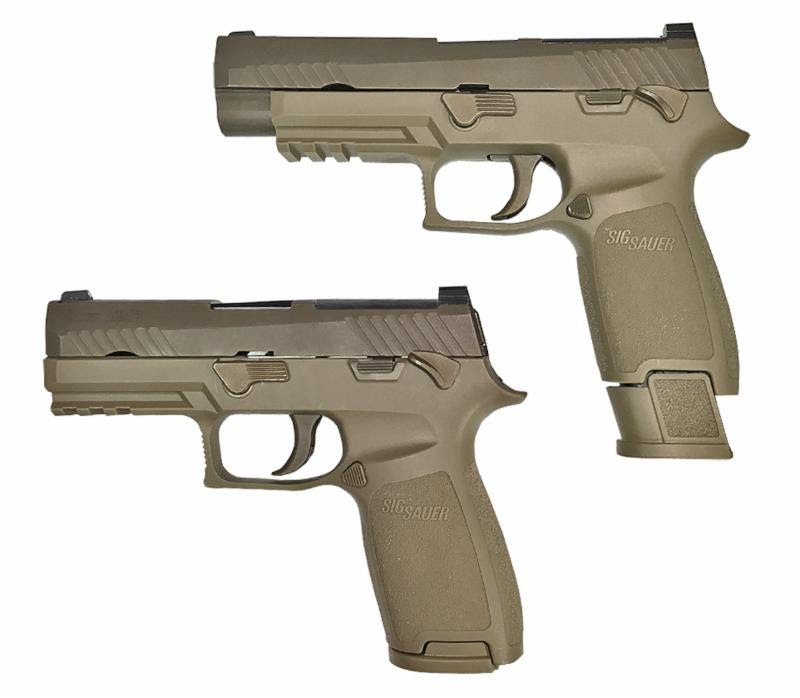 The MHS Program provides for the delivery of both full size and compact P320’s, over a period of ten (10) years. All pistols will be configurable to receive silencers and will also include both standard and extended capacity magazines.

The Army is moving into Operational testing now but it is believed the modular Sigs will be fielded later this year. This contract is worth up to $580 million.

Final details haven’t yet been released concerning caliber and model but it appears the handgun will be a variation of the Sig 320 modular system.

The Army will begin by purchasing over 200,000 full sized pistols and 7,000 compact pistols. This decision is likely to effect the side arm used by other military branches.

Congratulations to Sig Sauer for this historic sale!

What are your thoughts on the Army’s decision?